All the Information You Need to Vote and Races to Watch

Previewing the November 2020 Election
The General Election is November 3, 2020. Wisconsin voters will get to cast their ballots for U.S. President, Congress, State Senators from even-numbered districts, State Assembly and school referendums.
Important Voting Information
What's On Your Ballot: You can preview your ballot prior to voting at myvote.wi.gov.

Proof of Residence: You only need a proof of residence if you are registering to vote. Lots of documents qualify as proof of residence. The document must contain your current address. The most common ones are driver's license, state ID card, utility bill that is no more than 90 days old, bank or credit card statements, paycheck or paystub, current lease and more! Learn more here.

Photo ID Requirement: All Wisconsin voters need to meet the state's photo ID requirement whether the vote absentee or at the polls on Election Day. There are limited exceptions for voters who are indefinitely confined or who have a sincerely held religious belief the prevents them from being photographed. Your photo ID does not need to have your current address. You can view a list of acceptable photo IDs here or here.

Deadline to Request a Mail-in Absentee Ballot: Your Request must be received no later than 5:00 p.m. on October 29. However, due to the high demand for absentee ballots, it is recommended that you request one as soon as possible. Request an absentee ballot here.

Deadline to Return Your Absentee Ballot: Current law requires your absentee ballot to be received by the municipal clerk no later than 8:00 p.m. on Election Day. There is currently a lawsuit pending related to extending this deadline. Due to the ongoing nature of this lawsuit, it is strongly encouraged that you return your ballot based on the current law deadline.

Track Your Absentee Ballot: You can track your ballot to ensure that it is received by your local clerk at myvote.wi.gov.

Early In-Person Voting: You can vote in-person absentee at your local clerk's office (early voting). This varies by municipality, but generally you can vote early starting October 20 and ending November 1. You will need to bring a Photo ID with you to vote early. Contact your clerk to learn more.

When in Doubt, Contact Your Municipal Clerk: The best source of information is your municipal clerk. Find your clerk here.

On the federal level, President Donald Trump is looking to win re-election and control of Congress is at stake. On the state level, control of the Legislature is on the ballot. Republicans currently have an 18-13 majority in the State Senate and a 63-34 majority in the State Assembly.  If Republicans pick up three Senate seats and three Assembly seats, they will have veto-proof majorities in both houses.

Wisconsin’s eight Congressional seats are up for election. Every race will be decided by the General Election.

Even-numbered State Senate seats are up for election. Five seats are uncontested and 11 races will be decided by the General Election.

All 99 State Assembly seats are up for election. Eighteen seats are uncontested, and 81 seats will be determined by the General Election.

Posted by WEMTA Advocacy at 4:10 PM No comments:

State Superintendent Stanford Taylor delivered her annual State of Education address Thursday. She highlighted the efforts of educators across the state to provide instruction to students throughout the COVID-19 pandemic.

She spent considerable time discussing virtual education and technology, noting that an estimated 15% of Wisconsin households, representing approximately 125,000 Wisconsin children, lacked internet access in 2019.
"The response of our education community was swift," said Stanford Taylor. "School buses were redeployed as mobile hotspots. School staff delivered Chromebooks or mobile hotspots to children’s homes. DPI partnered with the Public Service Commission to identify public Wi-Fi locations so students and families could continue learning."
Stanford Taylor said that DPI worked with schools and libraries to keep Wi-Fi available even though buildings were closed, allowing students to access the internet from parking lots. In addition, she highlighted the work of PBS Wisconsin to provide instructional materials through broadcast or streaming means as well as the Governor's Task Force on Broadband Access.
Stanford Taylor said that federal CARES Act funding is being used for professional development efforts related to online or virtual instruction.
She also highlighted the importance of literacy for Wisconsin students.
"Now, more than ever, it is critical for citizens - even our youngest citizens - to be able to use literacy to acquire information about our world and communicate the ways they want to see their communities change," said Stanford Taylor. "The simple way we can do this is to work with our libraries - school and public libraries - to ensure children experience texts that reflect their identities and teach them about other identities."
She concluded her speech by previewing her 2021-23 state budget request, which she said will include increased funding for special education and school-based mental health services, and by calling on education stakeholders to work together to address inequities.
You can watch her full remarks here. 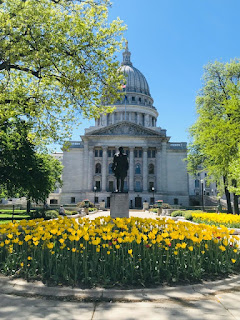 Posted by WEMTA Advocacy at 3:59 PM No comments:

Members of the U.S. House of Representatives and the U.S. Senate are currently negotiating a new COVID-19 relief bill.
ISTE, which WEMTA is an affiliate organization of, is asking everyone to contact their Congressional Representative and two U.S. Senators to ask that the next COVID-19 relief bill include $2.13 billion in dedicated educational technology professional development funds.
Please contact your federal lawmakers as soon as possible in support of this request!  It is critical that they hear from you about the need for educational technology professional development funding. The most important thing you can do is share your personal stories and examples!
ISTE has prepared an automated email that you can send: https://www.iste.org/advocacy?vvsrc=%2fcampaigns%2f75085%2frespond. However, we encourage you to call or email your lawmakers personally to share your stories in your own words.
How to Contact Your Congressional Representative and U.S. Senators

Posted by WEMTA Advocacy at 8:34 PM No comments:

Governor Evers has announced that he is making $46.6 million in federal CARES Act funding available for K-12 schools. According to the Governor, 155 local education agencies are eligible to apply for these funds.

“It’s vital to ensure the schools across Wisconsin that are most significantly impacted by COVID-19 have the additional resources they need as they make decisions about how students will learn in the upcoming school year and beyond,” said Governor Evers.

Funding is meant for schools most impacted by COVID-19. Eligibility criteria includes:


DPI will release more information on how schools can apply soon.

Posted by WEMTA Advocacy at 2:44 PM No comments:

WEMTA is excited to announce that our Legislative Chair Emily Dittmar has been appointed to serve on the Governor's Taskforce on Broadband Access! Emily is one of 24 diverse stakeholders selected by the Governor to prepare a report on Broadband access in Wisconsin and to develop policy solutions aimed at tackling the digital divide.

"This task force will bring together experts from across the state to research and recommend solutions that state leaders can adopt to connect every person in Wisconsin," said Governor Evers.

The Governor has charged the Task Force with: 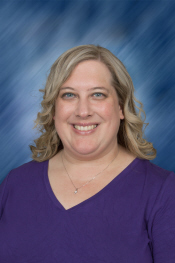 Posted by WEMTA Advocacy at 3:58 PM No comments:

Wisconsinites will cast their ballots in the Fall Primary on August 11, 2020. With the exception of the U.S. President, this election serves as the primary for all November 2020 races. Any U.S. Congressional, State Senate or State Assembly race that requires a primary will be on the ballot in August (races to watch are previewed below).

How to Request an Absentee Ballot

1. Registered voters can request an absentee ballot be sent to them until August 6, 2020.  Due to the high demand for absentee ballots, election officials recommend submitting your request as soon as possible.

2. Visit https://myvote.wi.gov/en-us/RequestAnAbsenteeBallot and fill out the request form. You will need to upload a picture of your photo ID if this is your first time requesting an absentee ballot.

3. Once you receive your ballot, fill it out using the instruction form that comes with the ballot. Both you and a witness will need to sign the certificate envelope.  The witness will also need to write their address. The City of Madison has made this helpful video explaining the absentee voting process: https://www.cityofmadison.com/clerk/elections-voting/voting/vote-absentee

4. Your completed ballot must be returned to the Clerk's office by 8 p.m. on Election Day (August 11).


View What's on Your Ballot

You can preview your ballot by visiting: https://myvote.wi.gov/en-US/PreviewMyBallot

Wisconsin Eye is interviewing all primary candidates. You can see all of the interviews here:https://wiseye.org/category/campaign/

The following is a breakdown of how the primary races in Wisconsin.

All eight members of the House of Representatives from Wisconsin's  Congressional Delegation are up for election.

Congressional District 6: There is a three-person Democratic Primary that includes former state senator Jessica King (D-Oshkosh). The winner of the primary will run against Congressman Glenn Grothman (R-Glenbeulah) in November.

State Senators from even-numbered districts are up for re-election. There are 16 seats up, but four are contested.

All 99 members of the Wisconsin State Assembly are up for election.

Assembly District 48: There is a four-person Democratic primary to fill Representative Melissa Sargent’s (D-Madison) seat, which she vacated to run for Senate. The winner faces Samuel Anderson (R-Madison) in November. 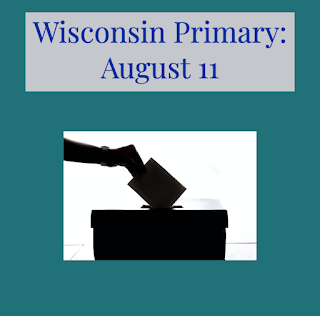 Posted by WEMTA Advocacy at 9:03 AM No comments:

The Wisconsin Economic Development Corporation (WEDC) was required by the Legislature to submit a report on the major industries impacted by COVID-19. WEDC officially released the report last week, which lists the need to "fix broadband" as the #2 priority area as Wisconsin works to re-open.

"Just last week, recommendations from the Department of Public Instruction for reopening include access to broadband and digital technology," writes WEDC. "This demonstrates, as with the shift to remote working, the desperate and immediate need to provide accessible, affordable and quality broadband throughout Wisconsin. This, therefore, becomes second of the priorities for recovery."

The report also includes a description of the challenges faced by the Education sector on page 38 of the PDF, including K-12 schools and higher education. Interestingly, the report highlights the online learning start-up Fiveable.

The full "fix broadband" plan can be found starting on page 142 of the PDF. "The state will need to take a holistic view towards planning with the goal to connect every Wisconsin citizen to adequate, reliable, equitable and affordable broadband service," writes WEDC. In addition to broadband access, WEDC  cites the need to consider access to technology and devices. Overall, their recommendations are to: 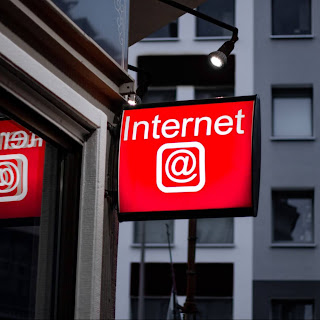 Posted by WEMTA Advocacy at 7:01 PM No comments: